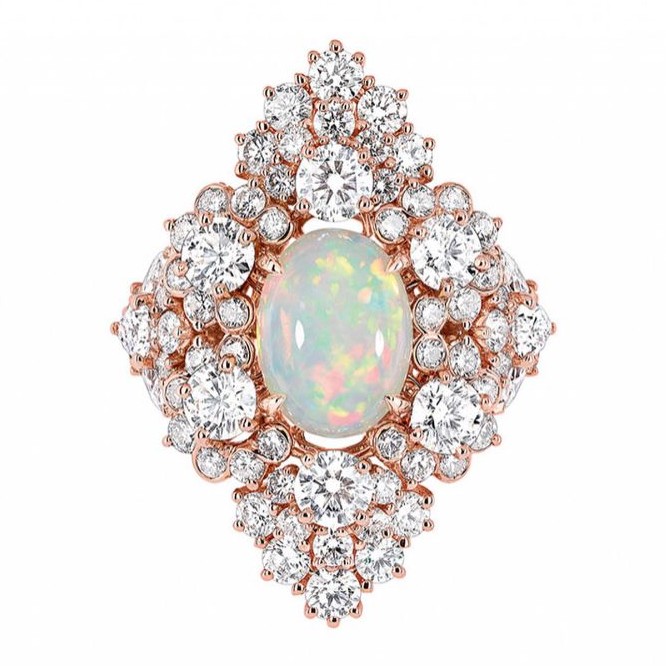 Going out to the surrounding scenic spots on weekends and giving a vacation to myself. Blue sky and white clouds, and all the agitation was gone. Because it is autumn, the blue sky is particularly translucent, and the soul is also infected by this purity.

Introduction and symbolism of sapphire
Sapphire is a generic name for corundum gemstones in addition to red rubies in corundum gemstones. The main component is alumina (Al2O3). Blue sapphire is caused by a small amount of titanium (Ti) and iron (Fe) impurities mixed therein. The color of sapphire can be pink, yellow, green, white, or even all colors display in the same stone.

Sapphire symbolizes loyalty, steadfastness, love and honesty. Starlight Sapphire is also known as the “stone of destiny”, which can protect the safety of wearer and make people lucky.

Sapphire is a high-end gemstone. It is one of the top five gemstones. It is ranked third after diamonds and rubies.

Sapphire is the birthstone of September and autumn, and it is known as the “sister gem” with ruby. It is regarded as auspicious, mysterious and supernatural color with its crystal clear and beautiful color by ancients.

As early as in ancient Egypt, ancient Greece and ancient Rome, it was used to decorate mosques, churches and monasteries, and as a tribute to religious ceremonies.
It has also become an indispensable accessory in the Crown of the British Empire, the Crown of the Russian Tsar and the dress with diamonds and pearls.
Since the gemstones entered the folklore in the past 100 years, sapphire has been among the top five precious stones in the world, and it is a jewel variety that people cherish.

The world of gemology defines sapphire as the birthstone of September. Japanese chose it as a precious souvenir for the 23rd anniversary of marriage (sapphire) and the 26th anniversary (star sapphire).

In the center of the ring is a charming little flower composed of pear sapphires and round diamonds.

The parts of the pendant are arranged in a patchwork manner, without any confusion.

The necklace is made of sapphires and diamonds, and the sapphire is cut into round, horse-eye and pear shapes. Without the slimness of pendant, this necklace shows the perfect lines of neck.

This bracelet can be said to be a miniature version of the necklace.

The biggest highlight of the earrings is the asymmetrical design.